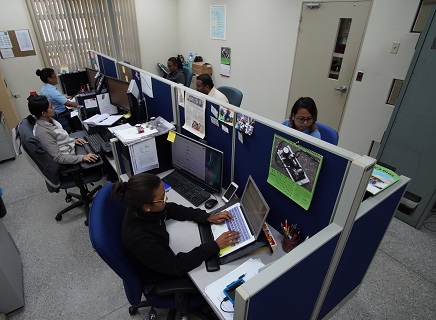 The Eastern Caribbean Seismograph Network (ECSN) operated by the SRC consists of over 60 instruments that comprise a mixture of three-component broadband stations, three-component strong motion stations,  three-component and single-component short-period stations. Data are transmitted in real or near real-time to our headquarters in Trinidad. When earthquake activity increases, anywhere in the region, data can be processed locally in real time.