The University of the West Indies Seismic Research Centre (SRC) and the Montserrat Volcano Observatory (MVO) recently launched the book Island of Fire: The Natural Spectacle of the Soufrière Hills Volcano Montserrat, at the National Academy for the Performing Arts in Port of Spain, Trinidad. 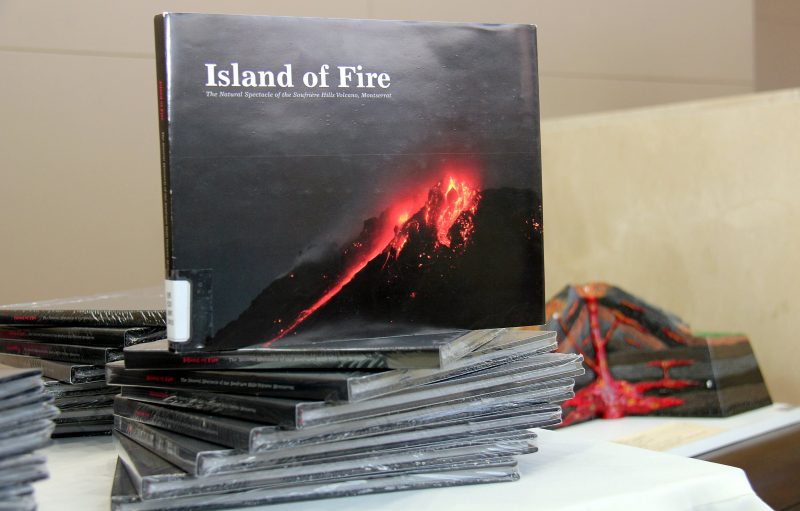 A synergy of art and science and the first of its kind for the Caribbean, Island of Fire is a photographic collection depicting the volcanic eruption in Montserrat which began in 1995. The eruption is one of the most dramatic volcanic events of recent decades and has shown a wide variety of geological phenomena – some of which had never been witnessed anywhere else or on such a large scale within historical times.

Dr. Paul Cole, Editor and Contributing Photographer for Island of Fire and Director of Montserrat Volcano Observatory said, “The book is not simply an exhibition of photographs; it also includes an explanation of the science behind each photograph. One of the objectives of the book was to feature photographs that the public rarely gets to see, such as close views of the lava dome and the devastation of Plymouth in the exclusion zone.” He also added that, “Island of Fire can be taken at a number of levels, simply enjoying the photographs or taking in the science found in the captions and explanations at the start of each chapter.

In his review, Sir Howard Fergus, former Professor of Eastern Caribbean Studies at UWI commented that “From cover to cover, this volume depicts the multiple moods and colours of the mountain and its environs and the baleful effects of the eruption on people and places.” He also added that “(It) satisfies while whetting the appetite for research whether in history, volcanology or photographic art.”

As well as being a photographic book, Dr. Cole and co-editors at the Montserrat Volcano Observatory see Island of Fire as an educational resource to whet the appetite of future geoscientists.

Island of Fire is currently available online from the Montserrat Volcano Observatory website (www.mvo.ms) and Amazon.com. A preview of the book can be viewed here.