as reports from other visitors to the Lake, have confirmed that the water levels in the Lake is now ~20ft below the high water mark. In addition, there has been an increase in the degassing of the submerged fumaroles within the Lake, which can now be observed as bubbling of the water at the Lake’s surface. These changes in the activity of the Boiling Lake are again believed to be a reflection of local changes in the geothermal system, and are not related to any changes in the level of volcanic activity.

We still wish to emphasize that people exercise extreme caution when visiting the Lake in its current state. Specifically we recommend that:

1) No one climbs down to the water’s edge at this time, and

2) Visitors to the Valley of Desolation either avoid approaching the Lake and/or spend as little time as possible at the viewing point on the crater rim.

In the meantime, if anyone notices any further changes in Dominica’s geothermal areas, they should contact the Seismic Research Unit (uwiseismic@uwiseismic.com). 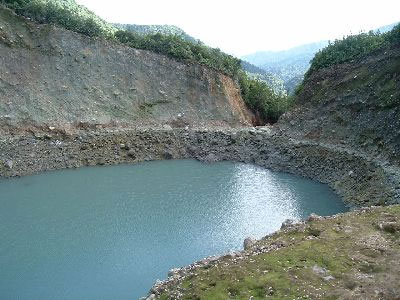