This year, 2018, marks two years since the passing of our dear colleague Professor Trevor Jackson. Professor Jackson was a well-respected Caribbean geologist whose life’s work not only advanced our understanding of the science in our region but significantly contributed to the growth of the next generation of Caribbean-bred geologists. The Seismic Research Centre is pleased to honour Professor Jackson with the following tribute. Professor Trevor Jackson’s academic career was grounded in igneous geology with a strong focus on the Antillean region of the Caribbean. Such a career path was surely projected based on his master’s degree on the geology and petrology of the volcanic rocks of Carriacou, Grenadines (1970) followed by his doctorate on the petrochemistry and origin of the Tertiary volcanic rocks, Wagwater Belt, Jamaica (1977). The establishment of his teaching career as a lecturer in the Department of Geology, UWI Mona in 1974, would lead to a number of publications enriched by his successful research collaborations overseas.

Professor Jackson’s geological scope has spanned a number of Caribbean islands including Antigua, Carriacou, Cuba, Jamaica and Trinidad and Tobago. Such islands provided the setting for extensive peer-reviewed publications in which his research can be observed to have progressed from subject areas such as igneous and metamorphic petrology, volcanism, economic geology, regional tectonics and seismology, to include in his more recent research upon his retirement in 2008, the relationship between marine sedimentation and igneous activity. His unwavering commitment to the education of young geologists led to the publication of field guides for various Jamaican localities, as well as the preparation of a book that would forever influence the teaching of geology in the English-speaking Caribbean: Caribbean Geology: An Introduction, co-edited with Stephen Donovan and published in 1994. His contribution to geological research in the Caribbean was further cemented by the international academic community’s special dedication of a 2008 thematic issue of Geological Journal, ‘Crustal and Biotic Evolution of the Caribbean Plate’ to celebrate his work in this region. 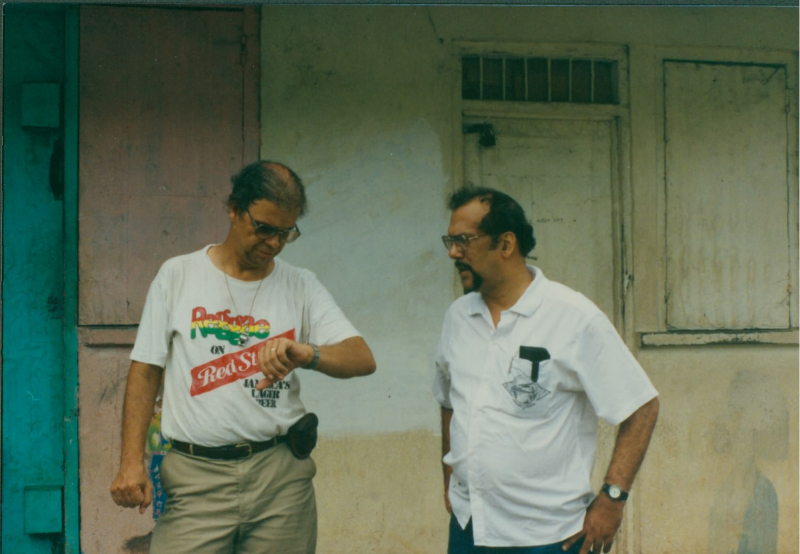 Professor Jackson has been a pioneer in the movement of the dominance of geological research in the Caribbean from international geoscientists to those Caribbean-born. His recognition of the need to share and exchange research on geology in the Caribbean prompted his collating the region’s current work into one publication in 2002: Caribbean Geology: Into the Third Millennium. Through his dedication and foresight, the scientific community is well equipped with the foundation to determine the aspects of the Caribbean geology that are still untouched as technology improves and interest grows.