The Late John Tomblin (at SRC) 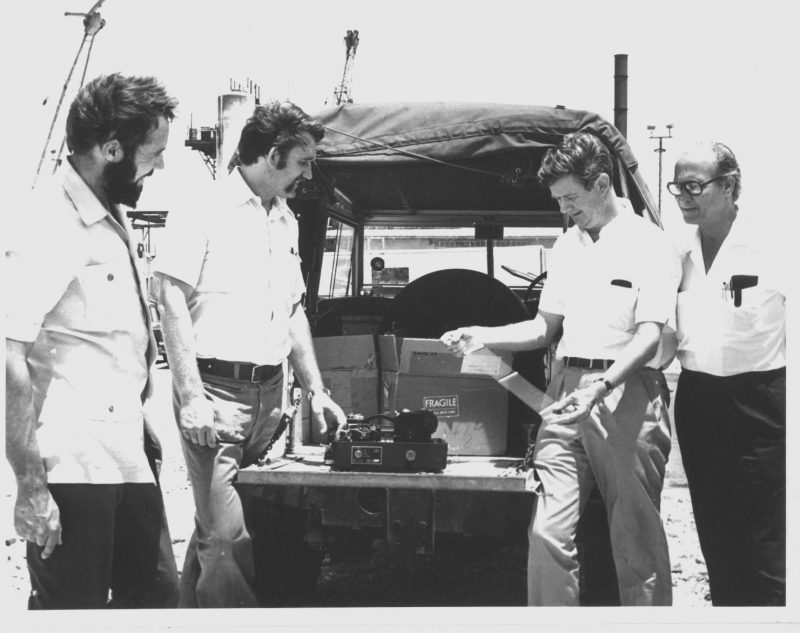 It is with a deep sense of sadness that we mark the passing of the second Head of the Seismic Research Unit, Dr. John Frederick Tomblin. A British national, he was appointed geologist in 1964 and became an integral part of growing the fledgling Unit. He was assumed the Headship in 1968, upon the resignation of the original Head, Dr. Geoffrey Robson, who was moving on to the United Nations Development Programme.

John was hard-working, energetic and very committed to meeting the problems presented to the Eastern Caribbean region by earthquakes and volcanoes. His was not mainly a theoretical or academic attitude, but a more applied, and very active approach to the challenges of making scientific observations and establishing routine monitoring. During his time as Head, major strides were made in instrumenting the volcanoes of the Eastern Caribbean and in upgrading the seismograph network, and his hallmark was tirelessly getting things done during an eruption or earthquake crisis. At such times, heads of government relied upon his scientific advice.

In his efforts, John was always constructively looking for collaborations with the wider scientific and engineering communities, and used his modern languages skills to great effect with our French-speaking neighbours and in the wider Spanish-speaking world of South and Central America. The range of his involvements was wide: from basic geological and petrological research on volcanoes, to practical geothermal exploration in Saint Lucia and engineering seismology for structural response. He also found time to serve on various international agency missions, and outreach initiatives.

Within Trinidad and Tobago, John struck up close working relations with the engineers, in pursuit of improvements in seismic building codes and standards, and this is one particular on-going legacy of his time at St Augustine. Another important legacy was his encouragement of local and regional students and helping facilitate their research ambitions: the Hon. Prime Minister, Dr Keith Rowley, was the first West Indian to obtain a PhD in volcanology, and the present SRC Director, Dr Richard Robertson, is another whose career started with his involvement as a school-boy assisting the SRC in the 1979 eruption of the volcano in St Vincent. It was also under his Headship that current seismologist, Dr. Joan Latchman, as one of the seismology technicians, was allowed flexi-time to continue working full time and pursue an under-graduate degree full time. He so identified with the region and its geological challenges that he became a citizen of Trinidad and Tobago in the late 1970’s.

In many ways, John Tomblin’s tenure marked the transition of SRC from a former colonial Unit, staffed predominantly by expatriates, into the present Centre with a staff of regional and international specialists, some of whom overlapped with him before he left to join UNDRO in 1980. This included the ground-breaking appointment in 1974 of a woman volcanologist, Dr Marion Michael-Leiba, at the start of what turned, worldwide, into a major gender balance change in the profession. From his position at UNDRO he encouraged volcanic risk assessments at Eastern Caribbean volcanoes and provided funding support for SRC to undertake the Wadge and Isaacs study of Soufrière Hills Volcano, Montserrat, in 1986 and continued to use his influence to assist the post-graduate efforts of students associated with the SRC.

Many years later, in 1995, while living in semi-retirement in Antigua, he went across to the MVO in Montserrat to offer his assistance with the escalating volcanic unrest. Undeterred by the physical challenge and exhibiting the same attitude he had in younger days, he climbed on foot into the active crater with a local, “Mountain Man”, to fix an EDM reflector on Castle Peak dome for monitoring purposes – an undertaking younger members of the team would not even contemplate! 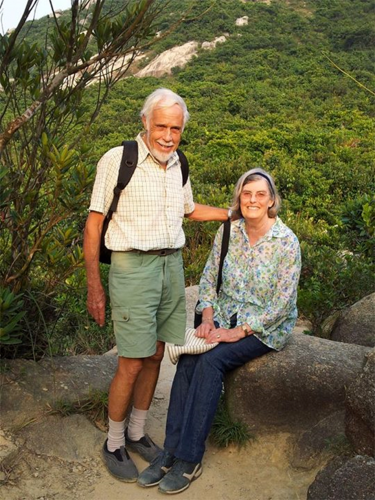 John was married to his wife, Judy, and to them were born two sons, Marcus and Ben; he had four grandchildren. For several years after his official retirement from UNDRO, he lived in both Antigua and France, so maintaining ties with the region he loved, but then moved to France in 2008. He passed away at his home, in France, on 17th April. He was 77 years old. His was a life well-lived, with a rich legacy of service regionally and internationally. We extend sincere condolences to his wife, family and many friends and colleagues. May his soul rest in peace.