Statement on October 2011 Volcanic Eruption in the Canary Islands

On 10 October 2011, a volcanic eruption commenced near El Hierro, the smallest of the Canary Islands, off the north-west coast of Africa. The eruption is from an underwater volcano about 5 kilometres south of the island, where the water is between 500 and 750 metres deep. Strong activity continued for two days before gradually decreasing. Spanish volcanologists are monitoring the activity, and have identified it as a relatively small eruption, perhaps restricted to the venting of gas only.

Any concerns that this volcano will generate a tsunami which will impact the Eastern Caribbean are unfounded. This type of underwater eruption is far too small to generate a tsunami, except perhaps in the local vicinity.
In the past, there has been speculation that a Canary Islands’ eruption could generate such a trans-Atlantic tsunami. This scenario, which is considered to be very unlikely (see FAQ), is based on a major collapse of one of the largest volcanoes in the Canary Islands, Cumbre Vieja in La Palma, which is 100 kilometres north of El Hierro.

The image below shows the location of the Canary Islands in relation to the Caribbean. 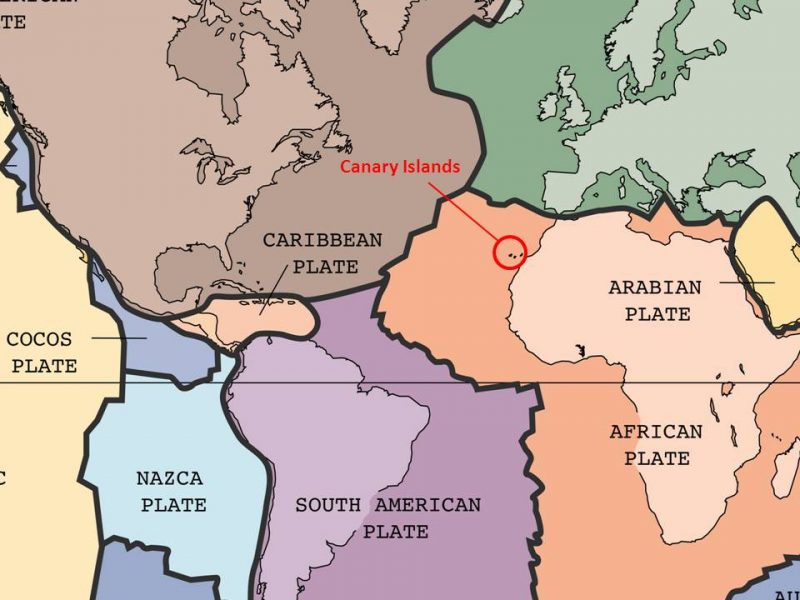