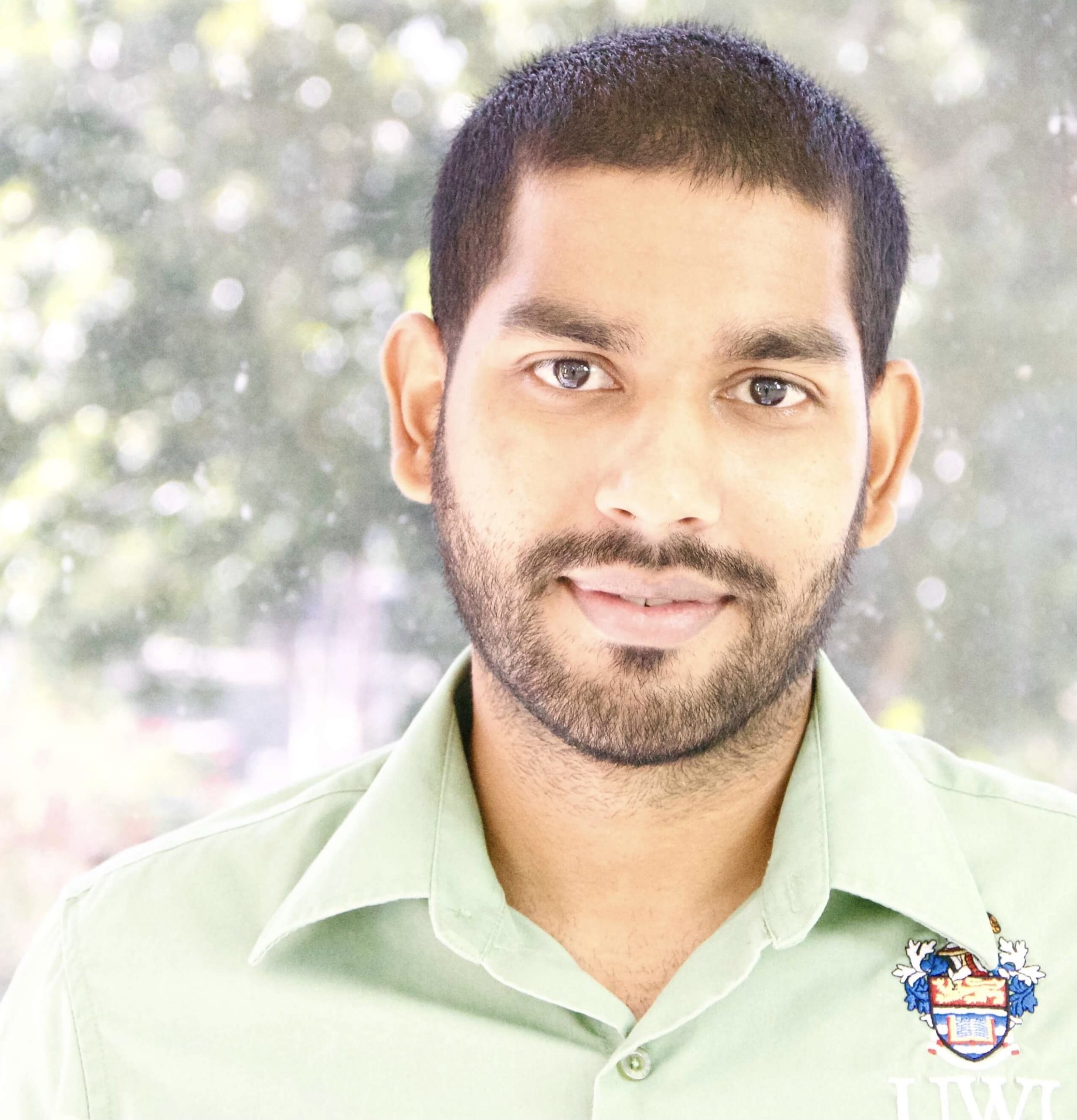 Yadava Persad’s journey and passion for seismic research began when he was first assigned to the UWI SRC as a Research Assistant. It was here that his keen interest for seismology, geophysics and geology matured. He was directly engaged in a broad spectrum of activities inclusive of seismology, geochemistry, microzonation studies and education and outreach.

He then moved on to being successful at the C.O.R.E programme, where he was afforded the opportunity to serve at the M.V.O where he completed a seismology project. This project provided confirmation to senior scientists that there were no existing patterns in pre-explosion data at the Soufriere Hills Volcano in Montserrat.

Currently, Yadava is a critical member in the field of microzonation studies and is instrumental in data capture, analysis and interpretation. He is also key in an ongoing study from the recent St. Vincent explosion which aims at monitoring seismic velocity changes using ambient seismic noise (ongoing).