Students of Langley Park Government Primary school in Georgetown, St. Vincent recently participated in a live link with scientists and museum visitors at the Natural History Museum in London to talk about their experiences with La Soufriere volcano.

The event was part of UK Universities Week during which a ~3 metre replica of St. Vincent’s La Soufriere will reside on the west lawn of the Museum in London. The model volcano will be the centre of several exciting and educational volcano-related activities including a simulated ‘eruption’. 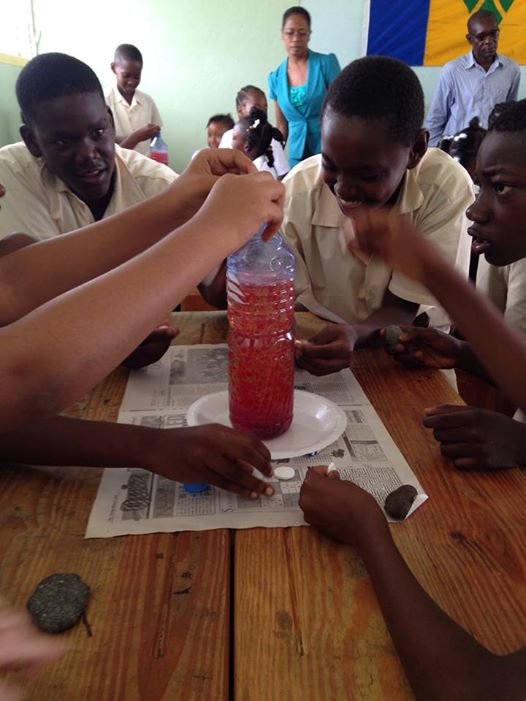 The Langley Park students, who have clear views of La Soufriere from their classroom windows, tuned in to learn how scientists monitor the volcano and also heard recollections from the 1979 and 1902 eruptions. The London-based participants asked the students whether they had ever climbed La Soufriere and to describe conditions at the volcano summit to which the Vincentian students responded “Cloudy and cold!”

London Volcano has spun out of a major collaborative research project called STREVA which aims to find new ways of helping people who live around volcanoes specifically in Latin America and the Caribbean. Records and reports of the historic eruptions of La Soufriere will be used to explore how volcanologists measure and monitor volcanic activity and to investigate how people can better prepare for, recover from and live with volcanic activity. 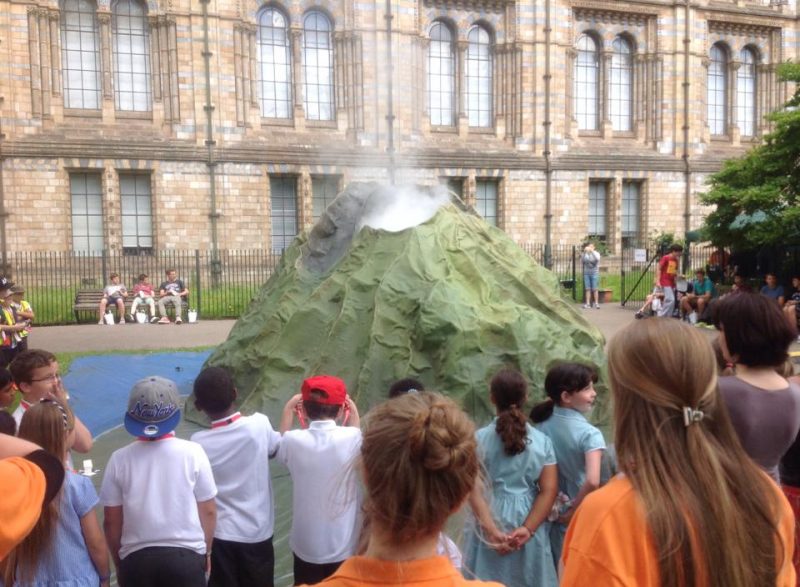 The event is supported by the University of East Anglia, the University of Oxford and The University of the West Indies Seismic Research Centre with on-island support from St. Vincent’s National Emergency Management Organisation (NEMO) and the National Telecommunications Regulatory Commission (NTRC). Further information may be found at londonvolcano.com.

Currently, St. Vincent’s La Soufriere volcano is quiet and shows no signs of an impending eruption.