The Trinidad and Tobago Microzonation Project (TTMP) is a collaboration between the Ministry of Planning and Development (MPD) and The University of the West Indies Seismic Research Centre (The UWI-SRC). It started in 2012 and will run for 10 years, ending at the end of 2021. 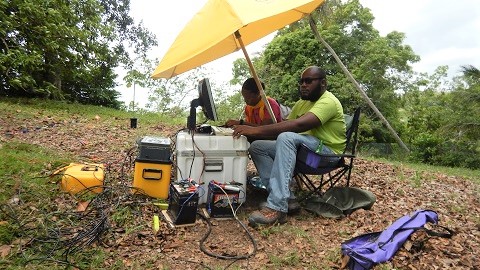 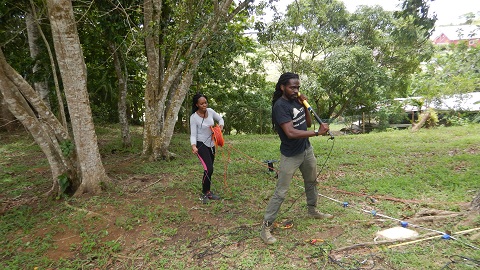 Products of the microzonation study are thematic maps which can be used by city planners to better develop urban areas and shield them against earthquake impact.  These maps include: Resonance frequency of the sediments above bedrock, Shear Wave Velocity distribution over surface and in depth, Relative Vulnerability of the Surface.  Moreover, using the MAM method we estimate the 1-D variation of shear wave velocity with depth, in some cases down to geological or engineering bedrock, as well as calculation of the Vs30.

A multidisciplinary group of scientists is involved in this project, geologists, geophysicists and civil & earthquake engineers.  Currently four MPhil students are doing their postgraduate studies with direct involvement in the project.  The Primary Investigator of the TTMP is Dr. Ilias Papadopoulos, Engineering Seismologist at The UWI SRC. 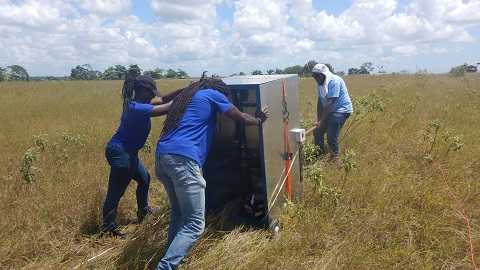 Members of the Geophysical team moving a Weight Drop Device for creation of seismic waves for Active Seismic Survey.