Stakeholders from Saint Lucia’s health and environmental sectors recently convened at the Soufrière Community Access Centre for the launch of a new network to monitor potentially harmful volcanic gases in Soufrière, Saint Lucia.

Led by The University of the West Indies Seismic Research Centre (UWI-SRC), the primary objective of the project is to gain a better understanding of volcanic emissions or gases at the Soufrière Volcano and the potential impact on environmental and human health.

The project will specifically measure outputs of sulpuhur dioxide in the air and arsenic in water at two sites, namely the Sulphur Springs Park and the town of Soufrière. Residents and visitors have raised concerns about the volcanic gases and possible health effects in these areas to which infants, the elderly, asthmatics and pregnant women are most vulnerable.

The eight month project also seeks to build local capacity as members of the Soufrière Regional Development Foundation (SRDF) will be trained in the application of low-cost, low-technology monitoring techniques developed by the UWI Department of Chemistry in St. Augustine, Trinidad and Tobago. 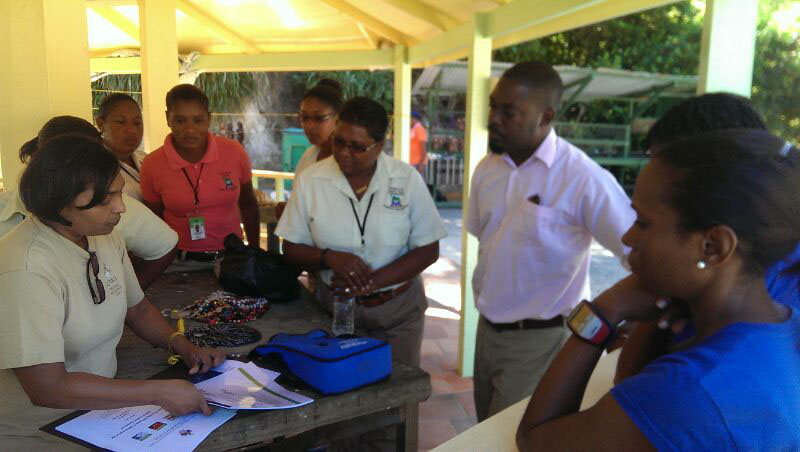 “The involvement of the community through the training is an important component of the project as it will improve and expand our capacity to provide volcanic monitoring of gases beyond the life of the project,” said Dr. Erouscilla Joseph, Volcanologist at the UWI-SRC and Principal Investigator on the project.

Similar networks have been established in Hawaii and Reunion Island in the Indian Ocean but this is the first of its kind in the Caribbean and it will be used as a model for other volcanic islands in the region.

Dr. Joseph and her team will spend the week on island establishing monitoring sites and training local personnel after which time the data will be managed and interpreted at labs in St. Augustine. A second field survey is planned for the coming months and it is hoped that investigations into health effects will be part of a follow up project.

The project is funded by The UWI Trinidad and Tobago Research and Development Impact Fund (RDI) and project partners include The Department of Chemistry (UWI St. Augustine), The Soufrière Regional Development Foundation, the Saint Lucia National Emergency Management Organisation and the Montserrat Volcano Observatory.