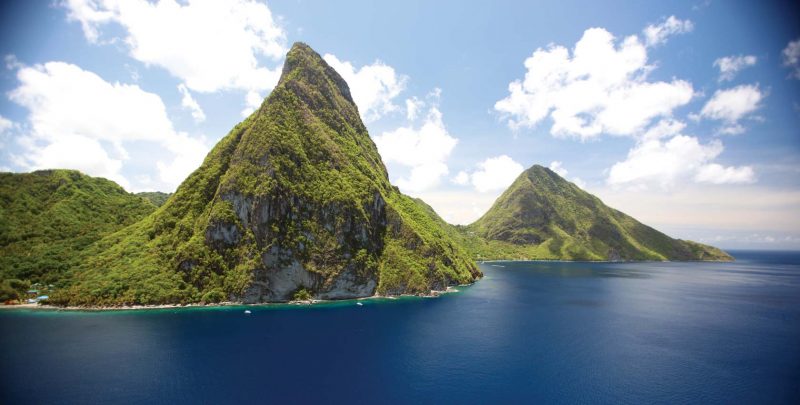 St. Augustine, Trinidad & Tobago W.I.—October 11th 2016 – Members of the engineering, disaster management, tourism and education sectors are gearing up to learn more about geo-hazards in Saint Lucia so as to better prepare their respective communities for earthquakes, tsunamis and volcanic hazards.

The activity is part of Earth Science Week 2016 (ESW), a collaborative effort among The University of the West Indies Seismic Research Centre (UWI-SRC), the National Emergency Organization of Saint Lucia (NEMO) and the Soufriere Regional Development Foundation (SRDF) which aims to increase the public’s understanding of Earth Science and to encourage stewardship of the Earth on a global scale.

Saint Lucia has been impacted by earthquakes in the past and due to its geographic location will continue to be exposed to this threat. Additionally, contrary to popular belief, the gas venting at the Sulphur Springs Park does not act as a safety valve for the Soufriere Volcanic Centre. Although it has been quiet for a long time, the Soufriere Volcanic Centre is a ‘live’ volcanic centre that can erupt again in the future and may impact a considerable part of the island‘s population.

Under this year’s theme, Our Shared Geoheritage, experts from the UWI-SRC from Trinidad & Tobago will be delivering workshops and seminars to various stakeholders in Saint Lucia, an art competition for participating students in Soufriere will be launched and a community meeting is planned for Vieux Fort. These events will focus on providing a better understanding of the geo-hazards that may impact Saint Lucia and ways in which we can reduce the impact of these events. The campaign will also highlight the need to preserve and protect the geo-heritage sites on the island such as the Pitons and Sulphur Springs Park which are an important part of the nation’s history, culture and economy.