The University of the West Indies (The UWI) is pleased to announce the promotion of Dr. Richard Robertson, Director of the UWI Seismic Research Centre to the rank of professor. 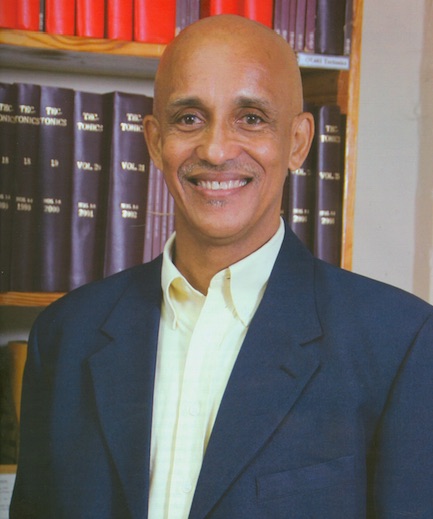 Promotion to Professor—the highest academic rank at the institution—is only made after a rigorous assessment process. The careful scrutiny and subsequent promotion of these individuals, signifies The UWI’s continued advancement of knowledge through excellence in teaching, research, innovation, intellectual leadership and outreach. This process is crucial to maintaining The University’s established tradition of excellence and contribution to the development of region.

Dr Richard Robertson is Director of the Seismic Research Centre (SRC), at The UWI St Augustine Campus, a post he has held since 2008 with the exception of two years as Senior Research Fellow from 2011-2013. Prior to his appointment as Director, Dr Robertson also served as Head of the Unit from 2004-2008. Since 1993 he has conducted numerous lectures for government officials, special interest groups, schools, civil society, media and the general public regionally and internationally. He currently supervises four postgraduate students and two post-doctoral researchers.

Geology/Volcanology is Dr Robertson’s general area of academic specialisation. His published works include one book which he co-authored, five book chapters and several journal manuscripts, research papers and over 100 other publications. Among his recent awards and accomplishments are, the 2014 Anthony N. Sabga Caribbean Award for Excellence in the field of Science & Technology; he also led the SRC’s application for The UWI Vice-Chancellor’s Departmental Award for Excellence which was awarded to the Centre in 2013.

Outside his academic endeavours, Dr Robertson has served on numerous national and international committees and undertook consultancies across the region and is a member of Geological Societies in Trinidad and Tobago, North America and Europe.