The Boiling Lake is a volcano-hydrothermal feature located in an area next to the Valley of Desolation in southern Dominica. The lake is roughly 60m in diameter and approximately 15m deep. The Boiling Lake is the second largest feature of its kind in the world with the largest being Frying Pan Lake in New Zealand. 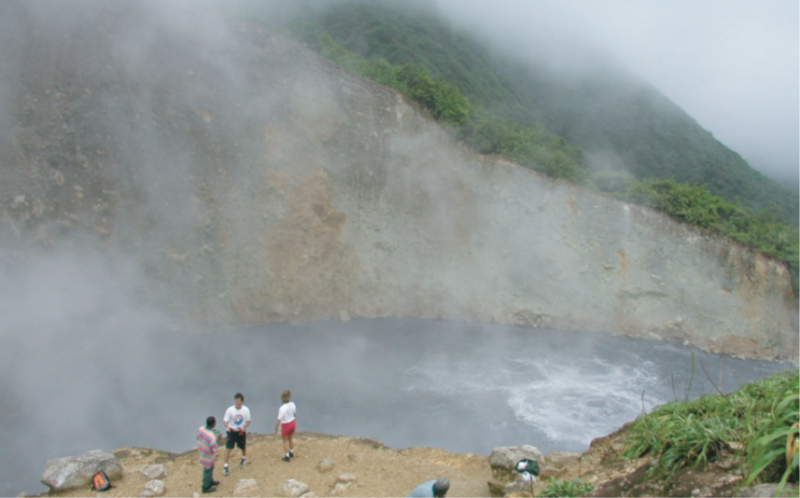 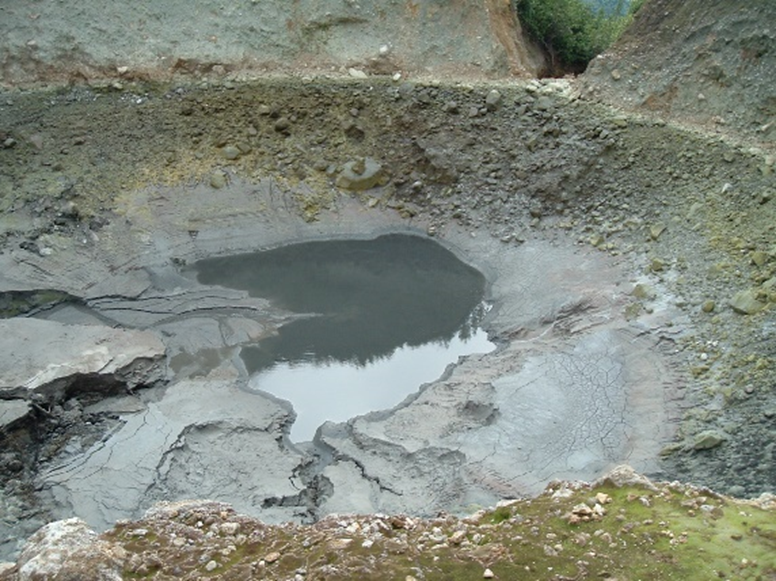 Why does the Boiling Lake empty occasionally?
Research suggests that water levels at the lake are maintained by the bubbles of volcanic gases rising through spaces in the rock beneath the lake. When these gases are absent, the water in the lake is no longer being pushed up and the water level falls. The gases are sometimes absent because vents beneath the lake may become blocked.

Another possible cause for a drop in water level is that the rim around the lake may break allowing some of the water to drain out.

Does draining of the Boiling Lake mean that a volcanic eruption will start?
Based on current research the draining of the lake does not necessarily mean that a volcanic eruption will occur. Scientists at the UWI-Seismic Research Centre (UWI-SRC) are continually monitoring all of Dominica’s volcanoes and will communicate any changes in activity to the ODM.

Is there any danger associated with the draining of the Boiling Lake?
Significant drops in water levels at the Boiling Lake may increase the potential hazards to visitors to the Boiling Lake-Valley of Desolation area due to the increased risk of small steam and gas explosions. In 1901 a small steam and gas explosion from the Boiling Lake (which was almost empty at the time), released harmful gases (probably mainly carbon dioxide, a colourless and odourless gas) and killed two people who were at the water’s edge at the time. The Valley of Desolation has seen two phreatic (steam) eruptions within recent history; on January 4th, 1880 and again on July 9th, 1997.

1) No one descends to the water’s edge; absolutely no swimming in the lake and
2) Visitors to the Boiling Lake-Valley of Desolation area avoid approaching the Lake and/or spend as little time as possible at the viewing point on the crater rim.