The University of the West Indies (UWI) Seismic Research Centre (SRC) recently assisted The Embassy of Chile with providing first hand knowledge of Chile’s experience in dealing with earthquakes and building codes with a view to assisting Trinidad & Tobago in its earthquake preparedness efforts.

Dr. Sergio Barrientos, Director of the Seismological Institute of the University of Chile and Dr. Jorge Crempien Professor of Structural Engineering at Universidad de los Andes, spent three days in Trinidad meeting with local scientists, engineers, politicians and diplomats to share their expertise on managing seismic hazards. The highlight of the visit was a Stakeholder Workshop at the Town Hall of Port of Spain entitled Lessons drawn from the seismological experience in Chile and its implications for Trinidad and Tobago. At the Workshop, a panel of experts from Chile and the Seismic Research Centre presented a comparative view of the Chilean and Trinidadian practices with respect to risk assessment, construction practice, building codes and institutional preparedness to face large magnitude seismic activity. 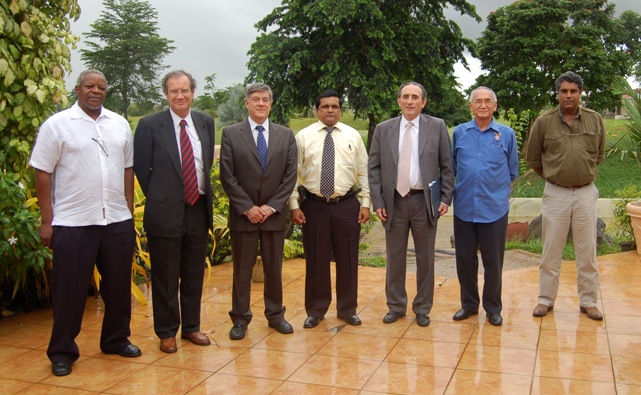 According to Dr. Crempien, much of Chile’s relatively minor damage and low fatality during the magnitude 8.8 earthquake on February 27th 2010 may be attributed to strict building code enforcement. “In general design structures performed well and according to code. The loss of buildings was minor,” stated Crempien. Dr. Barrientos warned that during the tsunami which followed the earthquake, however, tourists suffered heavily because of their lack of education on tsunami safety. As such efforts are being put in place to improve education among transient populations. Both Crempien and Barrientos agreed that there were several areas for collaboration between their respective institutions and the UWI.

At a press conference following the Workshop, Dr. Joan Latchman Director (Ag.) of the UWI Seismic Research Centre thanked the scientists and the Embassy for the imitative and for the valuable lessons learned. “We in Trinidad and Tobago have not put measures in place and we need to do so now so as to avoid a scenario like Haiti. We need to be developing, legislating and enforcing our building codes, getting them tailored to suit the Caribbean,” said Latchman.

SRC Instrumentation Engineer, Mr. Lloyd Lynch added, “We usually learn a lot through past earthquakes but in the Caribbean because of long return periods we are not able to benefit from these events and so we can learn from others such as Chile, with regard to building codes.”
“We are concerned with the building stock here in Trinidad & Tobago and indeed the wider Caribbean. (The failure of) Haiti together with the success of Chile should have made us aware of our problems regarding poorly constructed buildings. Unfortunately, from the SRC’s perspective we don’t think we have learned that lesson…serious political will is required to move things forward,” added Dr. Richard Robertson, SRC Geologist and former Director. 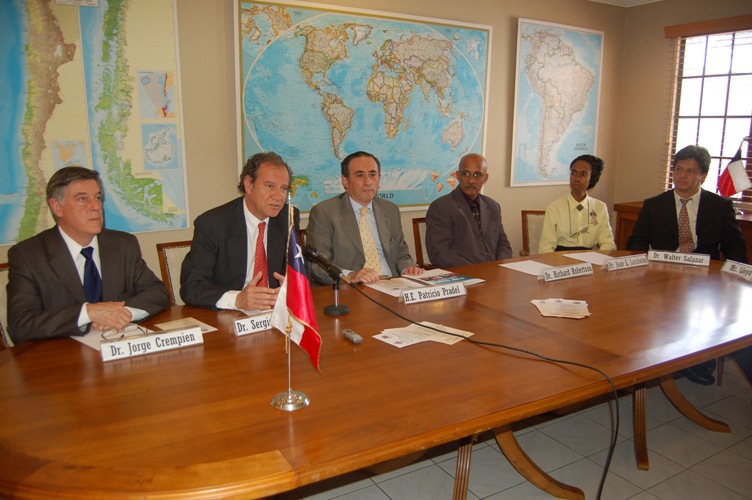