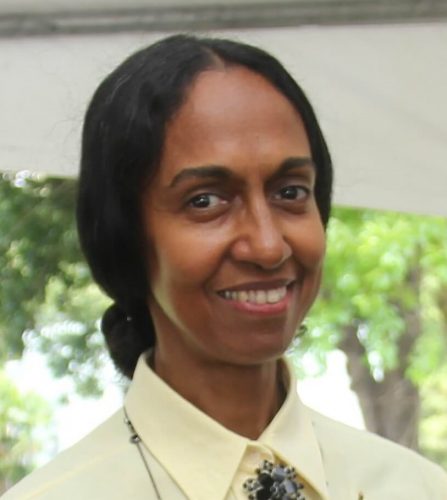 At a special ceremony during the 11th Caribbean Conference on Comprehensive Disaster Management in Maho, Sint Maarten, Dr. Latchman received the Caribbean Disaster Emergency Management Agency (CDEMA) Council Award 2019 for her contribution to “knowledge management and learning for comprehensive disaster management”. The Council bestowed the honour on the Trinidadian after forty-seven years of yeoman service to geoscience knowledge and awareness in the region. As a Caribbean woman in science, she has seen her share of obstacles and broken as many barriers in her quest to make the region a safer place. She was the first of only two women to lead The UWI-SRC in its sixty-six years of operation.

After joining The UWI-SRC as a seismic technician shortly after A-Level studies, Dr. Latchman went on to complete undergraduate and advanced degrees at The UWI in Computer Science and Seismology. She ultimately retired as a Senior Research Fellow in Seismology. Her work on Tobago earthquakes and timely insights after regional earthquake events has made her “the earthquake lady” in Trinidad and Tobago and the face of earthquakes Caribbean wide. Beyond the region Dr. Latchman spent two years at the International Seismological Centre, United Kingdom as a visiting seismologist and also articulated the Caribbean position at countless scientific conferences and meetings around the world.

Throughout her career Dr. Latchman has demonstrated a penchant for outreach, a critical aspect of comprehensive disaster management. This was never more evident than during tours of duty at the Montserrat Volcano Observatory in the early years of the Soufriere Hills Volcano eruption. Dr. Latchman has always been an advocate for improving public understanding of the natural world and strengthening the ability to live safely in a hazard-prone region. A repository on Caribbean seismology, she has been a mentor and supporter of many young researchers and has nurtured the next generation through her involvement in the Seismology in Schools programme.

Upon receiving her award from CDEMA, Dr. Latchman remarked “the opportunity and privilege have been mine to be involved in the monitoring, research and educational outreach of the SRC and to be one of its faces… The SRC will continue to partner with regional and local preparedness agencies and land use planning authorities to promote safety, sustainability and resilience.”

The UWI Seismic Research Centre joins the rest of the regional disaster management community in congratulating Dr. Latchman on her award.