Home / About Us / History

The Seismic Research Centre (formerly the Seismic Research Unit) of The University of the West Indies grew out of a Colonial Development and Welfare (CDW) project. We began operations in 1953 with the objective of monitoring volcanic activity in the Lesser Antilles and of providing a trained group of scientists in the West Indies who could react quickly to volcanic emergencies.

The islands of the English-speaking Eastern Caribbean were then part of the British Empire and were administered by the Colonial Office. In the 1930’s there was high level earthquake activity associated with the volcanic centre in the south of Montserrat that required scientific consultation which was led by Dr Gerald Ponsonby Lenox-Conyngham, then Head of the Department of Geodesy and Geophysics at Cambridge University, England.

Then, in the early 1950’s, there was a series of damage-causing volcanic earthquakes in St. Kitts and Nevis, coming just 20 years after the Montserrat crisis, that aroused sufficient concern to cause the Secretary of State for the Colonies to seek scientific advice and again Dr Conyingham was the scientist consulted. A researcher in his department, Patrick Willmore was assigned to the project. Patrick Willmore is well known in the seismological world as the designer of the Willmore seismometer, and had to hurriedly design, and have constructed simple shock recorders, which were not ready for field deployment until 1951. By that time the activity was declining. As the crisis subsided, Dr Willmore suggested to the Colonial Office that monitoring during periods of crisis was insufficient to gain a proper understanding of the cause of the activity. He recommended that an agency for monitoring the regional, volcanic activity be established. 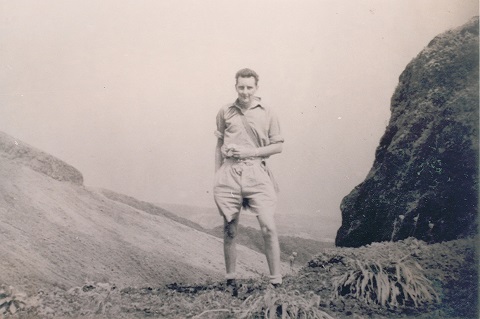 Dr Patrick Wilmore recommended that an agency be established in the region to study volcanic activity.

There was significant reservation over its establishment in any of the volcanic islands where volcanic activity could compromise the sustainability of the agency during a period when its resources would be most needed. In selecting a non-volcanic island, Trinidad and Barbados were the final contenders. Trinidad was chosen as the site of the headquarters for the new unit, the Volcanological Research Department, because of its community of geologists, and geophysicists in the oil fields and good travel connections to the other islands in the region.

In 1953, it was set up as part of the regional Research Centre at the Imperial College of Tropical Agriculture in Trinidad and supported by British Colonial Development and Welfare funds. It was absorbed into The University of the West Indies in 1962, although some funding from CDW and its successor organizations remained until 1972.

During the first period of operation (1953 to 1957) the work of the Centre was extended to include the monitoring of tectonic (non-volcanic) earthquakes and the non-volcanic islands of Trinidad, Tobago, Barbados and Antigua were included in the system. Jamaica joined in 1957 but withdrew in 1985 to manage its own unit.

It was later renamed the Seismic Research Unit to reflect that earthquakes in general would be investigated and then, to more accurately reveal its status within The UWI hierarchy, ‘Unit’ was changed to ‘Centre’. Within The UWI structure the SRC is placed within the Centre Administration, with the Director of the Centre reporting to the Pro Vice Chancellor Graduate Studies and Research.

In 2013, the Seismic Research Centre was awarded The UWI Vice-Chancellor’s Award for Excellence for outstanding contribution to the University in the area of All-round Performance in Research Accomplishments and Public Service. 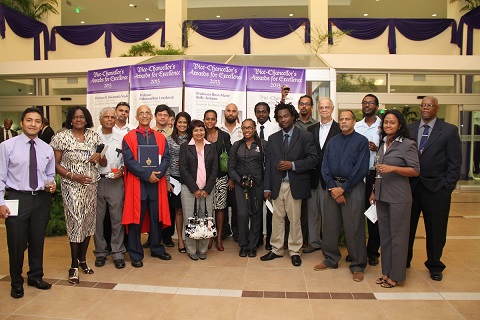 Following the 2020-2021 eruption of La Soufriere volcano in St Vincent, the Seismic Research Centre was announced the winner of the 2022 Volcanic Surveillance and Crisis Management Award presented by the International Association of Volcanology and Chemistry of the Earth’s Interior (IAVCEI). This prestigious, peer-nominated accolade, awarded biennially, recognised the Caribbean team of experts for its outstanding management of the eruption which was made particularly challenging during the global COVID 19 pandemic.

Today, with a network of over 60 stations, the SRC remains the authoritative source for information on the status of earthquake and volcanic activity in the English-speaking Eastern Caribbean.